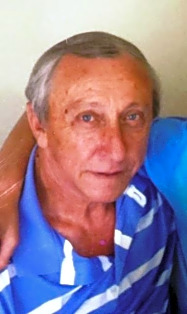 Wayne Monroe Childs, 72, of Blacksburg, SC, passed away on Sunday, November 15, 2020 at Cherokee Medical Center in Gaffney, SC.
Wayne was born on December 14, 1947 in Travelers Rest, SC. He was the son of the late Monroe Lee Childs and Jamie Owens Childs. He was a veteran of the US ARMY having served in the Vietnam War.
Wayne is survived by his wife, Delia Burgin Childs, daughter, Dana Marie Mumaw (William), son, Alan Wayne Childs (Meaghan), grandchildren, Parker Wayne Mumaw, Chloe Alyssa Mumaw, Lola Mae Childs, and brothers, Richard Childs (Pat) and Michael Childs (Kay).
In addition to his parents, Wayne was preceded in death by his brother, Aulburn Childs.
A memorial service will be held at 12 noon on Saturday, November 21, 2020 at the home of Alan Childs.
In memory of Wayne M. Childs, memorials may be made to the Wounded Warriors Project, PO Box 758517 Topeka, KS 66675.
Online condolences may be made to the family at www.brattonfuneralhome.com.
Bratton Funeral Home in York is serving the Childs family.

Condolences for the Family of Wayne Childs