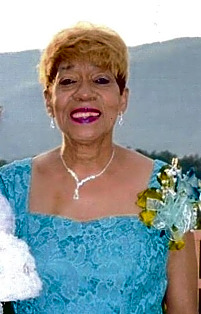 Ms. Martha Allene Davis, 73, of 109 Hickory Lane, York, SC was born on February 22, 1948 in York, SC to the late John and Laddie Mae Mills Davis. Martha was affectionately known as Sis, Red, or Ready Betty to her family and those who knew her. She was a mother, grandmother, sister, aunt, and friend.
Martha was employed at Bojangles for several years and worked at Pharr Yarns for many years, from which she retired. Martha loved being outside, sitting on her front porch, taking rides, cooking for everyone, and spending time with her family. She enjoyed watching Lifetime movies, Western movies, Soap Operas, and her favorite television shows were Let’s Make a Deal and The Price Is Right.
On Saturday, May 22, 2021, Martha departed this life to be with her Lord and Savior. In addition to her parents, she is preceded in death by her sister, Juanita Davis; two brothers, Danny and Fletcher Davis; and Nina Davis, who held a special place in her heart. As Isaiah 40:31 states, “But those who hope in the Lord will renew their strength. They will soar on wings like eagles; they will run and not grow weary; they will walk and not be faint.” Even though we may not know the day and hour, we know she loved the Lord and now she has gained her heavenly wings. Although we will miss her dearly, we know God always knows best.
Martha leaves to cherish loving memories of her children; two sons: Tony Davis (Sigredda) of Lake Wylie, SC, Jeffrey Davis of York, SC; and one daughter, Kim Marie Fewell of York, SC; five brothers: James Mills of Gastonia, NC, John Davis Jr. of Clover, SC, Laney Davis, David Davis, and Gregory Davis of York, SC; two sisters: Peggy Gore (Robert), and Monica Davis of York, SC; sister-in-law, Martha Faye Davis of Charlotte, NC, as well as a host of grandchildren, great-grandchildren, nieces, nephews, cousins, relatives and friends.
A graveside service will be held at 2:00 PM on Wednesday, May 26, 2021 at Lakeview Memory Gardens in York, SC.
Online condolences may be made to the family at www.brattonfuneralhome.com.
Bratton Funeral Home in York, SC is serving the Davis family.

Condolences for the Family of Martha Davis