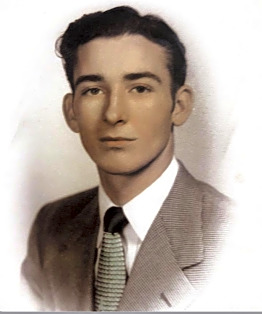 John Newman Howe, Sr passed peacefully at home Friday July 9, 2021 at the age of 91. He was born October 16, 1929 to the late Robert Newman Howe and Mary Ann McCarter Howe in York, South Carolina. He was the owner and operator of Rock Hill Auto Parts for over 30 years where he employed many family and friends. He was a member of Trinity United Methodist Church since 1941. During his tenure at Trinity he served as chairman of the Administrative Board, member of the Finance Committee, Co-Treasurer of the Building Fund, member of the Pastor Parish Relations Committee, and lay member of the Annual Conference for 7 years. John also served as a member of the York Lion’s Club, was a member of the York County Crescent Shrine Club, and served as President of the South Carolina Automotive Parts Wholesaler’s Association.
Howe is survived by his wife of 71 years and love of his life, Frances Hartsoe Howe, his daughter, Cindy Howe Summersett of York, his sons, John Newman Howe, II (Amy Howe) of Birmingham, AL, and Jody Scott Howe of York. His granddaughters, Ann Marie Bolin, Melanie Bolin Roberts (Jason Roberts), Katy Elizabeth Bolin, Oivia Patterson Howe, Grace Najim Howe and five great-grandchildren.
He was preceded in death by his mother and father, his son, Anthony Wade Howe, his brothers Hunter Howe and George Howe, and sisters Margaret Edge and Ida Mae Meredith.
The Howe family would like to express their deepest gratitude to Providence Hospice caregivers, Jessica and Tracy for their much love and support of Mr. John.
The family will receive friends at Trinity UMC Parlor from 1-2 PM on Monday, July 12, 2021. The funeral service will follow in the Chapel at 2:00 PM with the Reverends Tony Adams and Wanda Altman-Shirah officiating. Burial will be at Lakeview Memory Gardens.
In lieu of flowers memorial contributions may be made to Shriners Hospitals for Children 950 W. Faris Road, Greenville, SC 29605 or Trinity United Methodist Church PO Box 376, York SC.
Online condolences may be made to the family at www.brattonfuneralhome.com.
Bratton Funeral Home in York, SC is serving the Howe family.

Condolences for the Family of John Howe, Sr.