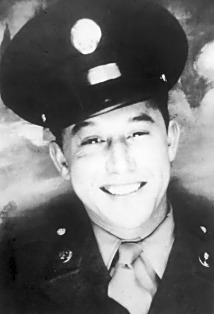 Herbert Lindsay Dickson, Sr., a native of York County, was born March 29, 1924 to George Baxter Dickson, Sr. and Ella Templeton Dickson. He was a veteran of World War II serving in the European Theatre from Normandy to the liberation of Europe. He was a certified welder from the Martine Commission School, Wilmington, NC. After serving his country, he was able to complete studies to receive accreditation as South Carolina High School graduate in the Rock Hill School District. He retired after 38 years as a machinist at Celanese Corp.
He was a member of St. Anne’s Catholic where he was active in ministries of Usher and Greeter. He served on the Parish Council and was a member of the Church Building Committee. He was the first president of St. Anne’s School Parent-Teacher Organization.
He was a Charter member of the Oratory Council of the Knights of Columbus and a member of The Father Henry Tevlin Assembly. He volunteered at The Dorothy Day Soup Kitchen and was active in the South Carolina Catholic Currillo Movement. He was a member of American Legion Post #34. He was a former Scoutmaster of Boy Scout Troop 131, and a past member of the South Carolina Fox Hunters Association.
Herbert is survived by his sons, H. Lindsay Dickson, Jr. (wife, Becky), Charles E. Dickson (wife, Sharon), Gary R. Dickson and close family friend, Dan Honeycutt, sisters, Beth D. Miller, Jeanie D. Marrett, brother, John “Temp” Dickson, 7 grandchildren, 20 great grandchildren and many nieces and nephews.
In addition to his parents, Herbert was preceded in death by his beloved wife, Irma, sisters, Carolyn Ramsey, Ruth Thomas, Miriam Culp, Rebecca Pressley, Francis Wisher; brothers: Ray Dickson, William Dickson, Marshall Dickson, George Dickson, Jr., and Neal Dickson.
In memory of Herbert L. Dickson, Sr. memorials may be made to Saint Anne’s Parrish Debt Reduction Fund, 1694 Bird St. Rock Hill, SC 29730.
A graveside service will be held at 12 noon on Friday, November 20, 2020 at Forest Hills Cemetery in Rock Hill, SC.
Online condolences may be made to the family at www.brattonfuneralhome.com.
Bratton Funeral Home in York is serving the Dickson family.

Condolences for the Family of Herbert Dickson, Sr.