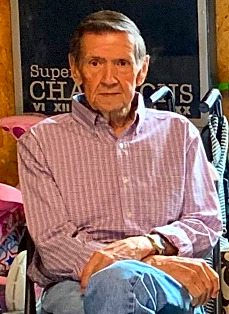 Harold Ray Alexander, Sr., 79, of York, passed away on Saturday, September 28, 2019 peacefully at his home.
The graveside service will be held at 11 AM on Wednesday, October 2, 2019 at Kings Mountain Chapel UMC Cemetery with the Pastor Wallace Tinsley and Pastor Dave Hall officiating.
Harold was born on January 22, 1940 in York County. He was the son of the late Eldred Alexander and Mary Green Alexander. He retired from Celanese and was a member of Filbert Presbyterian Church in America where he served as a Ruling Elder Emeritus.
Harold is survived by his sons, Ray Alexander, Jr., Bobby Alexander, daughter, Robin Buford, brothers Charles Alexander, Richard Alexander (Sandra), sister, Shirley Feemster, two grandchildren and four great grandchildren.
In addition to his parents, Harold was preceded in death by his wife, Patsy Bryant Alexander.
Memorials may be made to Filbert Presbyterian Church in America, 2066 Filbert HWY York, SC 29745 or to PATH, 204 Raile St. York, SC 29745.
Online condolences may be made to the family at www.brattonfuneralhome.com.
Bratton Funeral Home in York is serving the Alexander family.

Condolences for the Family of Harold Alexander, Sr.