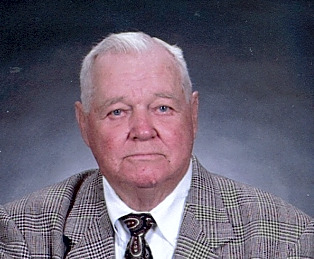 David Dean White, 86, of Clover, SC, passed away on Thursday, September 5, 2019, at Testa Family Hospice House in Kings Mountain, NC.
The funeral will be held at 3:00 P.M. on Saturday, September 7, 2019 at First United Methodist Church in Clover, SC with the Rev. Alex Stevenson officiating. Burial will be at Woodside Cemetery. The family will receive friends from 1-2:45 PM at the church on Saturday.
Dean was born on January 5, 1933 in Clover, SC. He was the son of the late Rupert Kelly White and Magnolia Stewart White. He obtained the rank of Eagle Scout as a member of Boy Scout Troop 37 on October 7, 1946. Dean graduated from Clover High School, Class of 1951 and attended Oak Ridge Military Institute for one year before enrolling at Belmont Abbey College, both on baseball scholarships. He served as a MP for two years in the US Army during the Korean Conflict. In 1958 he signed a farm system contract with the Baltimore Orioles.
Dean was a member of First United Methodist Church of Clover, SC. He was also a member of Alpine Masonic Lodge #208 and a 40 year life time member of Hejaz Shrine Temple. On July 19, 1959 Dean married the former Grace Killian. This year they celebrated their 60th anniversary. He retired from Huffman Corporation on February 20, 1998. He was an avid golfer and while a member of Springlake Country Club, he made 2 holes-in-ones. He enjoyed many rounds of golf. At the age of 77, on June 22, 2010, he shot 72 and another 72 at the age of 78 on May 21, 2011.
Dean is survived by his wife, Grace and daughters, DeAn and Tristin, whom he often referred to as “My Three Girls”.
In addition to his parents, Dean was preceded in death by his brothers, Dawson White and Don White.
Memorials may be made to First United Methodist Church, 124 Bethel St. Clover, SC 29710 or to Testa Family Hospice House, 321 Kings Mtn. Blvd. Kings Mountain, NC 28086.
Online condolence may be made to the family at www.brattonfuneralhome.com.
Bratton Funeral Home in York is serving the White family.

Condolences for the Family of David White