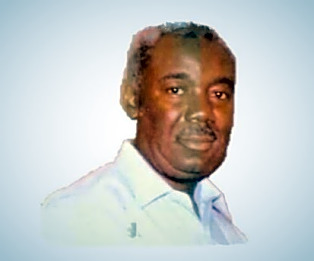 Funeral services for Mr. Walter Drayton, Sr., of Dublin, will be held on Saturday, May 23, 2020, at 11 AM at the graveside at the Dudley Memorial Cemetery on East Mary Street in Dublin. Reverend Dr. Frederick Williams, Sr., will deliver the eulogy.

Mr. Walter Drayton Sr., was born on March 4, 1930, in Beaufort, South Carolina, as the son of the late Elsie Drayton, and Louis Drayton, Sr., He was a beloved husband, father, and friend who loved music, especially jazz. He enjoyed watching basketball, boxing, mixed martial arts and westerns. He served in the United States Army. Mr. Drayton worked for the New York Metropolitan Transportation Authority (MTA) for twenty-four years, starting as a porter, and retired as a motorman. During his career as a MTA worker, he saved a man's life and received accolades from Senator Shirley Chisholm, and his community,and was a member of the New York Hispanic Society. At the time of his death, he was enjoying a restful retirement serving his church and community. He was also preceded in death by four sons, Walter Drayton, Jr., Allen Drayton, Alexander Drayton, and Frankie Drayton. Mr. Drayton passed away on May 17, 2020.

Condolences for the Family of Walter Drayton, Sr.