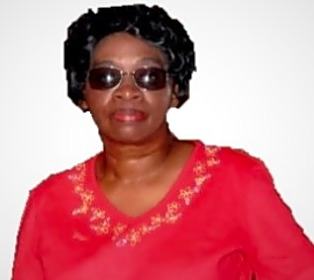 Funeral services for Mrs. Velma Robinson Burch, 66, of Dublin, Georgia, will be held at 11 AM on Thursday, May 21, 2020, at the graveside in the Dudley Memorial Cemetery on East Mary Street in Dublin. Brother Lorenzo Crawford will preside.

Mrs. Velma Robinson Burch was born on May 21, 1953, in Dublin, Laurens County, Georgia, to the late Sammie Lee and Lillian Robinson. She was baptized in the early 1980s into the symbol of her dedication as one of Jehovah’s Witnesses. She was from a family of eleven sisters and brothers. Mrs. Burch was married to the love of her life, Albert Burch, Sr., on July 4, 1972, for 47 years.

Mrs. Burch attended Oconee High School and graduated in the Class of 1972 at Dublin High School. She was a woman of many talents and worked several jobs during her life. As a young lady, she worked at Biljo’s Pants Factory, and she worked at May’s Nursing Home/Laurens Convalescent Center. From there, Mrs. Burch enrolled in Cosmetology at Nairobi Hair School of Dublin and then owned her own Beauty Salon. Sewing and cooking were her enjoyment pastimes. She also opened her home and served as a caretaker to many of her nieces and nephews and great nephews. She was the mother of one son.

Mrs. Burch departed this life on May 14, 2020. She was preceded in death by three siblings, Lillie Mae Taylor, Charles Robinson, and Sammie Lee Robinson, Jr. .

Condolences for the Family of Velma Burch