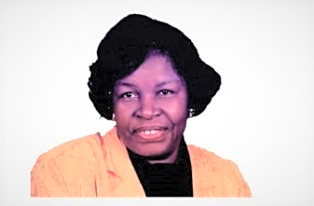 Funeral services for Mrs. Thelma Lee Moore McCrary, of Adrian, Georgia, will be held on Saturday, March 28, 2020, at 12 PM, at the graveside at the Valdosta Missionary Baptist Church Cemetery, 1975 Hwy 199 South in East Dublin. Reverend John Sutton will deliver the eulogy.

Mrs. Thelma McCrary, also known as "Toot" was born on July 18, 1936, to Charlie and Sallie Mae Moore. She was a 1955 graduate of the Treutlen County Training School. She was married to the late James McCrary, Jr., on April 3, 1957. In Fort Wayne, Indiana, she worked for General Electric for 29 years before she retired, and was a member of Friendship Baptist Church. In 2004, she moved back to her hometown of Adrian, Georgia. Mrs. McCrary was known for her superb cooking skills and she thoroughly enjoyed cooking for others. Her specialties were collard greens, sweet potato pies, dressing, potato salad, homemade ice cream and homemade grape juice.

Condolences for the Family of Thelma Mccrary