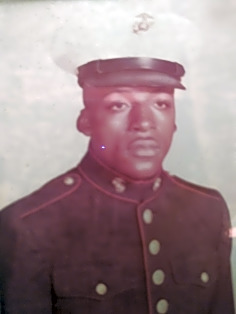 Funeral services for Mr. Shedrick Dennard of Atlanta, will be held on Saturday, March 21, 2020, at 11 AM at the C. D. Dudley Memorial Chapel at the Dudley Funeral Home. Pastor James Swayne will deliver the eulogy. Burial will follow in the Georgia Veterans Memorial Cemetery.
Mr. Shedrick Dennard was born on February 2, 1950, to the late Mrs. Juanita Lamar and Mr. Lucious Dennard in Atlanta, Georgia. He was raised along with his siblings with the assistance of the late great aunt and uncle, Mrs. Lula Mae and Thomas Clemons in Montrose, Georgia. He attended Millville Elementary and High School in Laurens County, Georgia. He served his country in two capacities with tours in both the United States Air Force and the United States Marines. His service to his country continued as a civilian as he was employed for a number of years in the shipyards in San Diego, and San Francisco, California. He was a retired and disabled veteran. He was preceded in death by four brothers, Dwight Lamar, Walter Dennard, Emory Watkins, and Michael Lane, also a sister Theresa Lamar. He departed this life on March 13, 2020.
He leaves to mourn and is survived by three brothers, Wayne Bryant of Atlanta, Georgia, Lucious (Evelyn) Dennard of Dry Branch, Georgia, Earl (Lacharn) Dennnard of Stockbridge, Georgia, three sisters, Vinnie (Alvin) Dupree of Danville, Georgia, Arvis (Max) Coney of Dublin, Georgia, and Wendy Floyd of Warner Robins, Georgia, and a cherished host of nieces and nephews.
Shedrick was a private person who lived his life on his own terms according to his own rules. He loved his family and was always willing to share with them and anyone else in need. He was witty and humorous, and enjoyed LONG conference calls with his family at odd hours and when least expected.
These calls we will miss the most. Those who knew him know, in his own favorite phrases that " It's just like that," off the "TOP" He will be missed and mourned by many relatives as well as associates and friends in Atlanta, Georgia, where he last resided for more than twenty years.
The family will be receiving friends on Saturday, March 21, 2020, at the Dudley Funeral Home from 10 AM until the funeral hour.
Please post condolences at services by dudley.com
Services by Dudley Funeral Home of Dublin

Condolences for the Family of Shedrick Dennard