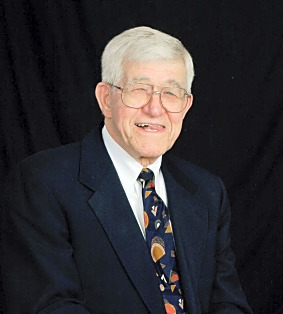 Roy “Jackie” Sapp, 92 of Rock Hill, S.C. passed away peacefully Friday, November 20, 2020 at his home.
A memorial service will be held Friday, November, 27, 2020 at 2:00PM in the Ebenezer Bailey Activity Building with Dr. Mel Wines officiating.
Roy was born July 29, 1928 to the late William LeRoy Sapp and Pearl Lytle. Roy served in the United States Navy from 1945 to 1947, and again from 1951 to 1955. He married Alice Whitener on May 5, 1957 and they enjoyed 50 Years of marriage. Roy worked at Wilkerson Oil for many years before opening his own HVAC business. He then took a job with the City of Rock Hill in the Finance Dept. From there he retired and enjoyed many trips with Alice and their friends. He enjoyed his garden, camping with friends and his clubhouse with “Roy’s Boys”. He was a member of the York County Business Men’s Association as well as Rotary Club and Chamber of Commerce. He had a quick wit, loved to bake sweets and was devoted to his family.
He was a member of Ebenezer ARP Presbyterian Church where he served as a Sunday School Teacher, Deacon, an Elder Emertis, and was a member of the kitchen team.
He is survived by his daughter, Jacqueline Ruth and son-in-law Donald R. Moss, sister, Edith Ledbetter, grandsons, Chris Fowler and Patrick Fowler and four great grandchildren along with many nieces, nephews and cousins.
In addition to his parents he was preceded in death by his wife, Alice Sapp, son, William Bryant Sapp, brothers James, Albert, David, Paul and Ernest, sisters, Myrtle Davis, and Sara Fields.
Memorials may be made to the charity of one’s choice.
Special thanks to Hospice and Community Care, Ebenezer family and the many friends and family that helped Donnie and Jacqueline care for Roy at home.
Online condolences may be made to the family at www.brattonfuneralhome.com.
Bratton Funeral home in York is serving the Sapp family.

Condolences for the Family of Roy Sapp