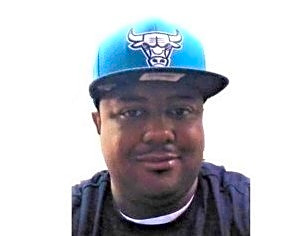 Mr. Graddy was born on May 13, 1986, as the son of Julia Ann Graddy of Wrightsville and Garrey (Lareta) Duty, Sr., of Dublin. He was a member of the Ranger Grove Church of God in Christ in Wrightsville. He attended Johnson County High School and graduated with the Class of 2004. He joined the Army Reserve in 2007, where he was enlisted for six years. During that time, he obtained his Commercial Driver's License in Atlanta, Georgia. After Kendrell left the Army Reserve in 2013, he worked primarily as a truck driver; he later purchased his own rig and became an independent truck driver.

He was passionate about music and took up deejaying, offering his talents for private parties and family events. Many knew him as "DJ Drop".

Kendrell loved spending time with his family, especially his three kids. He was a very humble man who found joy in looking after his family and friends. He never had a bad word to say about anyone. Anyone who knew him would tell you that Pete was a “one of a kind” person who was dependable and loyal. He will be missed by all who knew him. He was called home by his Heavenly Father on February 2, 2020.
·
He was preceded in death by his maternal grandmother, Tinnie Mae Graddy.

Condolences for the Family of Kendrell Graddy