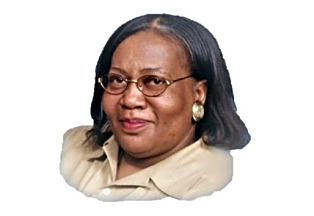 Funeral services for Mrs. Katie M. Scott, of Wrightsville, Georgia, will be held at 11 AM on September 14, 2019, at the Mitchell Grove Baptist Church at 78 Mitchell Grove Church Road in Wrightsville. Reverend Rickey Stanley will deliver the eulogy. Interment will follow in the church cemetery.

Mrs. Scott was born on May 26, 1952, to the late B. C. Cannon and Minnie Lee Collins Cannon. She was an active member and Deaconess at the Mitchell Grove Baptist Church. She graduated from Dock Kemp in the Class of 1972. She became a Certified Nursing Assistant after attending Swainsboro Technical School. She worked at Crowntex & Associates, LLC, for twenty-eight years until her retirement. She also worked for Johnson County School System for one year.

The family is receiving friends at 145 Fisher Circle in Wrightsville. Please post condolences at ServicesbyDudley.com.

Condolences for the Family of Katie Scott