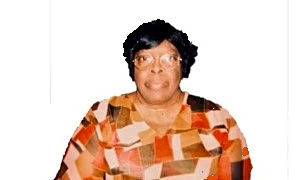 Funeral services for Mrs. Katie Maude Parks, of Augusta, Georgia, will be held on Saturday, October 5, 2019, at 11 AM at the Rocky Creek Baptist Church, 2130 Georgia Hwy 338 in Dexter, Georgia. Reverend Charlie Robinson will deliver the eulogy. Interment will follow in the church cemetery.

Born as Katie Maude Pittman on April 3, 1942, to the late Crawford and Lelia Mae Pittman, she was the oldest of her fourteen siblings.

She was united in holy matrimony to the late Mr. Elijah Parks in Sept of 1955. This union was blessed with four children.

Mrs. Parks joined Rocky Creek Baptist Church at an early age. She professed her life to Christ and cherished praising the Lord, and attending church until her health failed her. She served on the Ushers Board for fifty years and she enjoyed helping others.

She devoted much of her time and energy as a caregiver to family members including her mother until she passed at the age 74, and her aunt until she passed. She enjoyed eating crab legs, watermelon, cake, and drinking bottled peach tea. She raised five granddaughters, Natasha, Sherika, Shenita, Renita, and the late Belinda Parks,as her own children, Mrs. Parks passed away on September 24, 2019.

In addition to her parents and husband, she was also preceded in death by her son, Herbert Lee Parks; granddaughter, Belinda Parks; grandmother, Lottie Napier; aunt, Pearlie Hurst; sister, Lottie Mae Pittman; brothers, Willie, James, and Lonnie Pittman and a host of other uncle, aunt, cousin.

The family will receive friends at the home of her granddaughter, Shenita (Javette) Payne, 713 Brookdale Drive in Dublin, and on Friday, October 4, 6-7 pm at the Dudley Funeral Home.

Condolences for the Family of Katie Parks