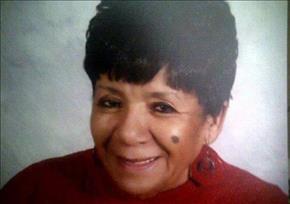 Home-Going services for Mrs. Ida Elizabeth Lamb King will be held Friday, January 13, 2017
in the Sandy Ford Baptist Church at 2:30 P. M. The Rev. Daryl K. Moore, Pastor, will
officiate.
Ida Elizabeth Lamb King was the fourth of seven children, born November 17, 1938, to the late Isadore and Ethel Mae Lamb in Dublin, Ga. She was the granddaughter of the late Oliver N. and Leila M. Lewis of Dublin. She attended public schools in Laurens County. At age 16, she married Tommy King in Dublin and subsequently moved to Jacksonville, Fla. He died in 1985. While living in Jacksonville, she worked at a Sears warehouse for many years until taking early retirement. Early on, she studied radio broadcasting, hoping to fulfill one of her life ambitions to work in the broadcasting field. She returned to Dublin in the 1990s. Mrs. King, who was baptized at Sandy Ford Baptist Church as a young girl, returned to the family church as an active member in the mid-1990s. She was baptized again there after rededicating her life to Jesus Christ. She attended Sunday School and was a member of the adult choir before becoming ill.

Condolences for the Family of Ida King