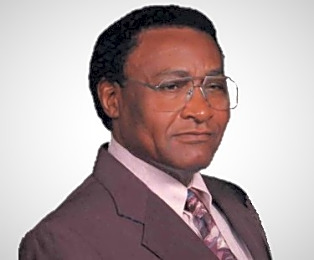 Funeral services for Mr. George Phillip Outland, of Dublin, Georgia, will be held at 11 AM on Wednesday, May 20, 2020, at the graveside in the Dudley Memorial Cemetery on East Mary Street in Dublin. Reverend Keith Anderson will deliver the eulogy.

Mr. Outland was born on September 7, 1934, in Boligee, Alabama, to Ellis and Rosie Outland. He was one of thirteen children. He was preceded in death by his wife of 24 years, Bertha Martin Outland and seven siblings which includes Pearl, Ellis, John, Martha and three infants. George departed this life on May 14, 2020, at Fairview Park Hospital. He was 85.

After graduating from Green County Training School, he pursued and earned a Bachelor of Science in Biology from the distinguished Tuskegee University of Tuskegee, Alabama. George later received a Master’s Degree in Education from Antioch College of Yellow Springs, Ohio. A military career ensued subsequently after being drafted into the United States Army. He served his country nobly during the Vietnam War until he was honorably discharged in 1966. Following his stint in the army, George married Bertha and embarked upon his profession as a high school science teacher in Anniston, Alabama. The couple, along with their daughter, Bonita, eventually relocated to East Dublin, Georgia, where George continued to work passionately as an educator at the B. D. Perry High School and at East Laurens High School. They lived happily together until Bertha’s death in 1991. His dedication to the field of education continued and flourished until his retirement from the Laurens County Board of Education which culminated thirty-three years of teaching service.

With blessed affirmation and an open heart, he married Earnestine Rozier - his beloved “Stine” as he so lovingly referred to her - in 1994.
George was a longtime, faithful member of the First African Baptist Church where he served on the church’s Day Care Center board. He was also a dedicated member of the First A.B. Church’s Male Choir.

He was a devoted husband, loving father, and doting grandfather. George was known for his historical tales and infectious laughter. He was an avid gardener who would often bask in the joy of tending to his yard. George had a deep affection for his grandchildren (Meagan, Morgan, and Daryl) and treasured time spent with Aubrey, his great-grandchild.

Condolences for the Family of George Outland