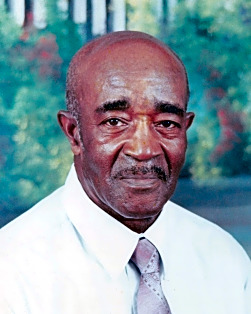 A Home-Going Celebration for Mr. Earnest James Charles will be held Saturday, January 25, 2020 at
1:00 P. M. in the Rice Hill Baptist Church, 2706 Moore’s Station Road. The Rev. James Robert Trawick
will officiate and interment will follow in the Moore’s Station Cemetery.
Mr. Earnest James Charles passed away peacefully at the Fairview Park Hospital, Saturday morning,
January 18, 2020 at the age of 98.
Mr. Charles was born in Laurens County, Georgia on September 15, 1921 to the late Buster and Alberta-
Jackson Charles. He attended the Montford Church School up to the ninth grade and years later obtained
his G. E. D. He enlisted in the United States Army in 1942 where he served as a truck driver and finished at
the rank of E-5 after over three and one-half years of service. He was awarded the World War II Victory
Medal, Good Conduct Medal, American Service Medal and the Asiatic Pacific Medal with a Bronze Star.
He toured one and one half years in the Continental United States and over one and one half years in
wartime in the Pacific’s

Mr. Charles will be placed in the church one hour prior to his services. Friends are being received at the home of
his sister, 502 Tennessee Street, Dublin, Ga.
Arrangements entrusted to Wyche’s Funeral Home. (www.wychesfuneralhomeinc.com)

Condolences for the Family of Earnest Charles