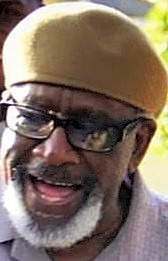 Bennie Billue Sr. was born February 1, 1940, in Dublin, Georgia to Henry Billue Sr. and Pearlie Mae Pridgett. He died at the age of 81 years old.

Bennie brought joy and laughter whenever he came around. He was funny, smart, talented and a great cook. Bennie was an entrepreneur and investor. He owned a convenience store on 79th Street, a body shop and several properties. He was a professional metals plater. He would plate chrome, gold, and silver on many things including guns and performance car parts. He loved race cars, motorcycles, guns, and women.

He had four children of his own and two previous marriages and multiple grandchildren:

Late Thursday afternoon on October 7, 2021, Bennie Billue Sr. passed away in a hospice. He was the last living child of his mother Pearlie and father Henry Billue.

Condolences for the Family of Bennie Billue, Sr.